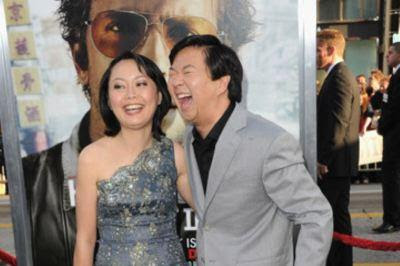 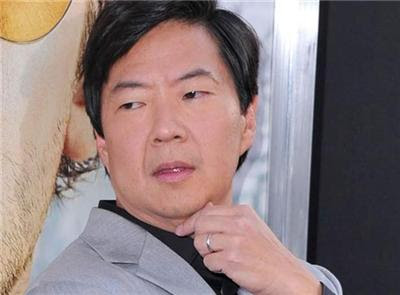 Ken Jeong was a respected doctor at an L. A. hospital when he quit to try his hand at comedy; now he's well known for the NBC sitcom Community and the hit movies The Hangover and The Hangover Part II.
Photograph by: Getty Images, Getty Images
LOS ANGELES - Did you hear the one about Ken Jeong? He quit his day job to become a comedian.
But he wasn't a waiter or a bartender. Jeong was a respected doctor at an L. A. hospital when he decided to make his part-time obsession a full-time job.
Now, he's getting the last laugh on all those who doubted him.
At 41, Jeong is a rising comedy star, thanks to his role as Senor Chang in the TV sitcom Community, and his Mr. Chow role in 2009's mega-hit, The Hangover.
He even received rave reviews for hosting the Billboard Music Awards show in last Sunday.
Back in more familiar territory, he reprises his goofy gangster in The Hangover Part II, which opens Thursday.
In the R-rated sequel, Phil (Bradley Cooper) and Alan (Zach Galifianakis) end up in to attend the wedding of Stu (Ed Helms) at an exclusive resort.
After a subdued post-dinner drink on the beach, the three buddies wake up the next morning in a sleazy hotel room, and discover two things: Asian gangsta Mr. Chow (Jeong) is with them, and somebody else is missing in action from the debauchery of the night before.
The three stooges haven't lost Doug (Justin Bartha) this time, but must find the missing Ted (Mason Lee), who happens to be the younger brother of Stu's fiancee.
New to the mix is Paul Giamatti, who plays a mysterious entrepreneur with a suspicious link to Mr. Chow.
"I really think we took the comedy, and the relationships, to another level this time," says the affable Jeong at a hotel recently.
And, as an acknowledgment of his scene-stealing performance in the first Hangover, Jeong's Chow gets to do more funny bits in Part II. "It was really nice to be invited back to the big dance in that way."
An added bonus was acting opposite the Oscar-nominated Giamatti.
"To work with such an accomplished actor like Paul was a real thrill for me," Jeong says. "At first, I was a little anxious about it, and then Todd (Director Phillips) came up to me later, and told me I had become a better actor."
It's always been his passion in his life.
Graduating from high school in , , at 16, the over-achieving Jeong had a different career path laid out for him by his Korean father, a professor at .
After getting his degree from in 1990, Jeong earned his medical degree from The University of North Carolina at .
"But I was always taking acting classes," he says. "I just felt I had a responsibility to finish what I started with my education."
While in residency at a medical centre in 2001, he won a comedy competition called Big Easy Laff-Off. "My standup act was a good platform to practise being an actor."
As it turned out, the judges were then-NBC president Brandon Tartikoff and The Improv comedy club founder Budd Friedman. First prize was a gig at The Improv in , and some encouraging words from Tartikoff.
Eventually, Jeong moved to , where he worked on staff at a Woodland Hills hospital, moonlighting as a regular at The Improv and The Laugh Factory.
"I was the funniest doctor in , who was an Asian, under-five-foot-nine, and living in ," he jokes.
He also made some TV guest appearances on Entourage, Curb Your Enthusiasm and The Office, from 2004 to 2006, while still holding down his doctor's job.
It wasn't until his scene-stealing moments as the cynical doctor in 2007's Knocked Up that the business started taking notice, so he decided to make the commitment.
"That movie really allowed me to become an actor," he says.
His performance in The Hangover sealed the deal. "It changed my life, because it burst all the doors wide open for me. Since then, I have been working non-stop for two years."
No kidding. Besides The Hangover Part II, he's co-starring in 's Transformers: Dark of the Moon, which will hit theatres June 29. And he's in the Kevin James comedy Zookeeper, out July 8. He also has a cameo in The Muppets Movie set for fall.
Still, Jeong says he will devote much of his sought-after time to Community, now that his character has graduated to the status of a regular.
In fact, he credits his improvement as an actor to "the very ambitious comedy series."
"I definitely subscribe to the theory that the more you act, the better you get."
Of course, he will find time to do a third Hangover, if fans want one. "Any time, any where."
But just in case, he renewed his licence as a general practitioner last year.
"I have more things to do in acting," he says. "But we'll see where it goes from here." 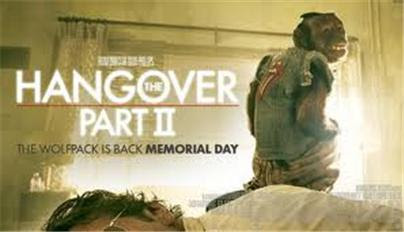 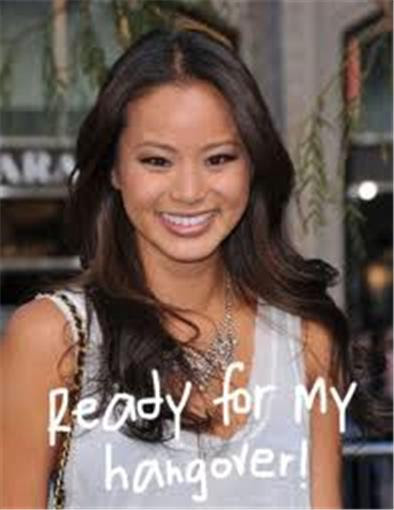