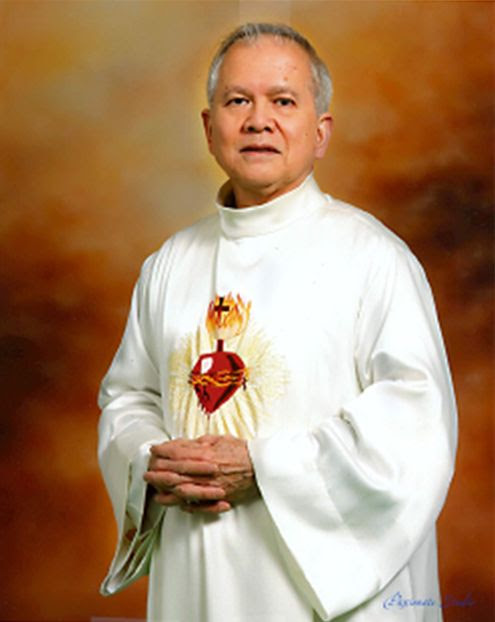 Phó Tế Nguyễn Mạnh San
". . . San is the first Vietnamese permanent resident in the world to be ordained as a Deacon. With this incredible honor, San had the unique opportunity to celebrate Mass with Pope John Paul II and to enjoy a private audience with the Pope in his living room at the Vatican in 1988."

The Federal Bar Association, Oklahoma City Chapter puts its "spotlight" on San Nguyen.
San has been married for 43 years and has four children ranging in age from 29 to 43. He is also blessed with four beautiful grandchildren.
San came to the United States from Saigon on April 29, 1975, one day before the fall of Saigon to the North Vietnamese Army. Miraculously, San took a helicopter from the roof of the United States Embassy, landing on a U.S. naval ship and eventually arriving at Fort Chaffee, Arkansas. With the impending fall of Saigon, if he had stayed, he would have faced imprisonment, reeducation camps, or worse because of San’s affiliation with the U.S. government while in South Vietnam. San reunited with his wife and two of his young children at a refugee camp in Fort Chaffee. When San left the refugee camp, he went to work for the United States Catholic Conference/Catholic Charities as a coordinator for the resettlement program.
He earned a degree in Vietnamese and English literature from Saigon University of Letters. He then studied law at Saigon University of Law. In 1975 he obtained a master’s degree in psychology from Oklahoma City University. He has also attended Oklahoma University School of Law as a special student.
Since March 31, 1979, San has served as a Deacon for the Oklahoma City Archdiocese, where he counsels families. In 1997, Archbishop Eusebius Beltran assigned San the responsibility to serve as a Chaplain at the Oklahoma County Jail. Since then, he has spent roughly six hours every weekend at the Oklahoma County Jail, providing volunteer service as a minister. San has thoroughly enjoyed this service and says that he has learned a great deal from the experience.
San is the first Vietnamese permanent resident in the world to be ordained as a Deacon. With this incredible honor, San had the unique opportunity to celebrate Mass with Pope John Paul II and to enjoy a private audience with the Pope in his living room at the Vatican in 1988. The two were face-to-face and had an opportunity to talk at length. Not surprisingly, San enjoyed the experience tremendously, recalling that the Pope was remarkably humble even though he was a brilliant man and able to speak in eleven languages. 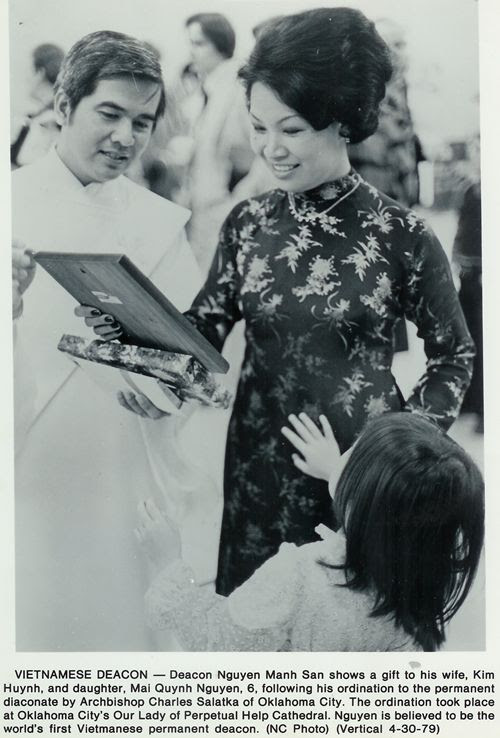 He joined the court family 32 years ago. At the time, he was the Coordinator for the Southeast Asian Refugee Program at Catholic Charities. In May 1980, he came to the Court Clerk’s office. Colonel Hope was the Court Clerk, and Judge Fred Daugherty was the Chief District Judge. At that time, San worked the front desk and participated in the naturalization ceremonies. A year later, San gained responsibility for the attorney admissions ceremony. San has participated in the naturalization and attorney admission ceremonies for over 30 years.
He is the proud recipient of the 1993 award for Outstanding Asian American, given by the Asia Society of Oklahoma. In 1996, San also received the Human Rights Award from the Oklahoma Human Rights Commission. Bob Dennis, the Court Clerk, has said of San:
I have known San ever since I started working in the Court Clerk’s office some 26 years ago. He has always been an exemplary employee who I can always rely on to get the job done, and most of all to get the job done right. He is very conscientious and always conducts himself with the utmost honesty and integrity. The one word that best describes San is "trustworthiness."
San has loved his 32 years with the court family. Among the many things he has done, he has enjoyed the naturalization ceremony the most. In particular, he has enjoyed learning about the various cultures of the newly admitted citizens.
During his tenure with the court, San was selected as an Immigration Examiner and Immigration Inspector. He refused both honors because of his love for the court family and his enjoyment in working with the Court Clerk’s office. The Court Clerk’s office and the entire court family are grateful for San’s sacrifice and devotion.
He will be retiring at the end of January 2012 and is looking forward to spending more time with his wonderful family and traveling to Asia and Australia.
San is a wonderful treasure for the court family and he will be missed. As a result, the Federal Bar Association, Oklahoma City puts its "spotlight" on San Nguyen and wishes him a wonderful retirement.
Posted by Bao Mai at 1:58 AM