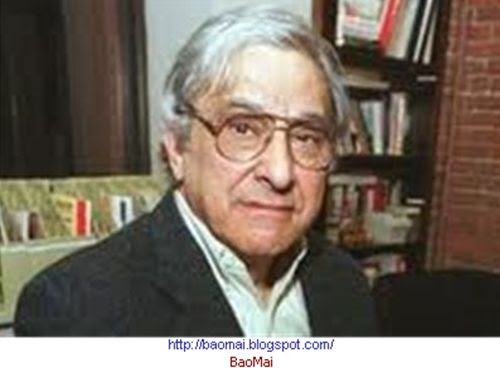 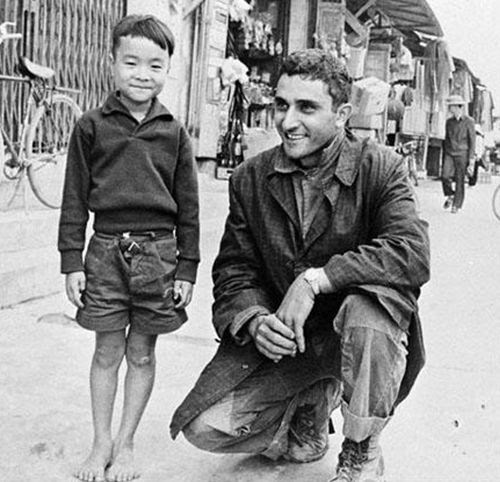 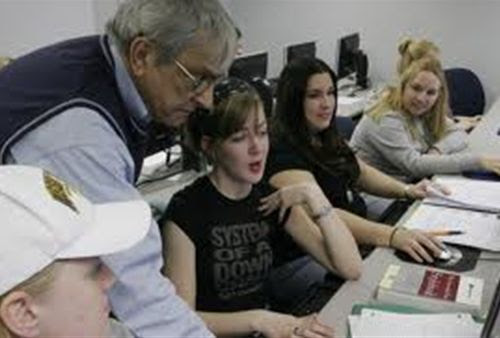 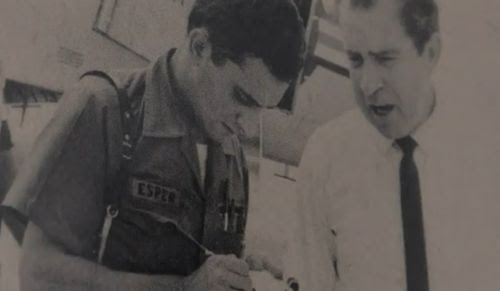 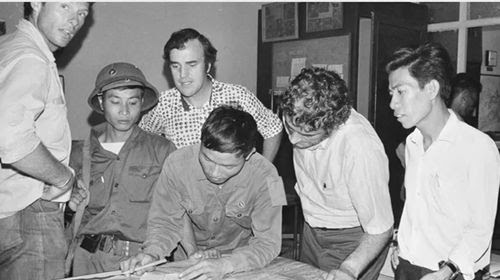 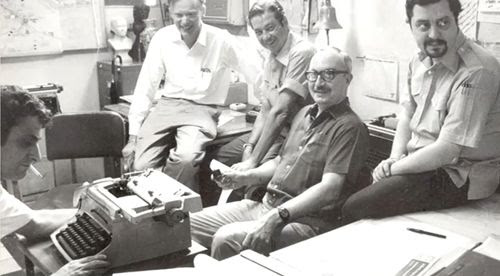 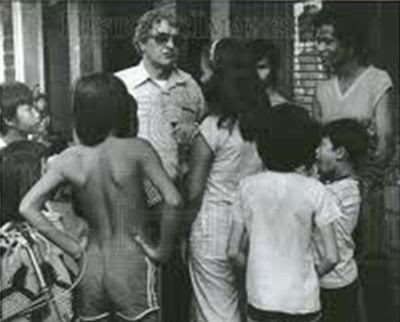 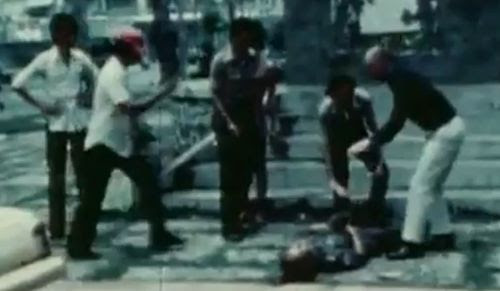 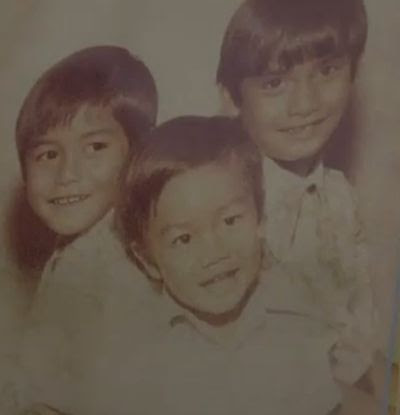 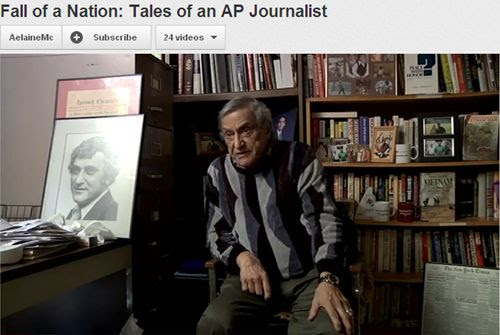 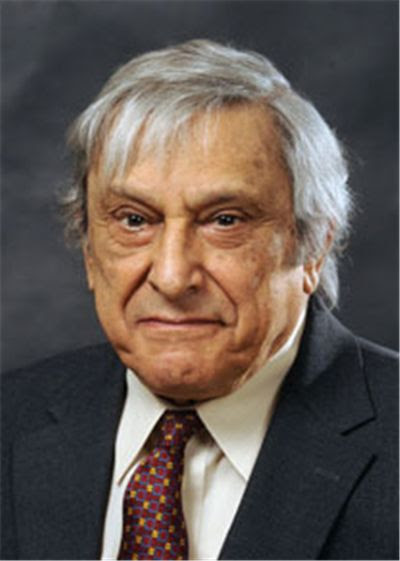 George Esper, war correspondent and WVU professor, dies at 79
, -- George Esper, a longtime Associated Press correspondent best known for his coverage of the Vietnam War and a graduate and journalism professor, died Thursday at the age of 79.
Esper covered the Vietnam War from 1965 to 1975 for AP, and was chief of the AP bureau in when it fell to North Vietnamese forces. He was one of the few reporters who remained in the country after the fall of the South Vietnamese government.
Elaine McMillion, Esper's former student and longtime friend, said Esper checked into a hospital last week after contracting pneumonia. He died in his sleep on Thursday night, his son, Thomas, told the AP.
Esper began working at WVU in 2000 as a visiting professor, instructing courses on writing and reporting, feature writing and journalism history.
In 2010, he left the university after suffering congestive heart failure. He lived the remainder of his life in , McMillion said. She said she looked to Esper as a grandfather figure after she moved to to attend graduate school for documentary filmmaking.
"It was just a coincidence that he was here while I was here," she said. "We became really close over the past two years."
McMillion is working on a documentary about Esper. In May, she uploaded part of the documentary, in which Esper discusses his time in Vietnam, to YouTube.

http://www.youtube.com/watch?v=84RemMGmMs8&noredirect=1
Esper recalls how he was asked to become a war correspondent, and his fear upon arriving in the war-torn country. After covering the war, he returned to for several months, then asked to go back.
"They sent me back and I stayed until the fall of in 1975 and I tell you it was the central experience of my lifetime," Esper said in the documentary. "I never dreamed -- I'm just a small town kid -- that I would be covering the fall of a nation and that it would get this much attention."
During his 44 years with the AP, Esper also covered the Jonestown Massacre in 1978, the first Gulf War in 1991, southern 's Hurricane Andrew in 1992, the Midwest floods in 1993 and the bombing of the federal building in 1995.
Esper was legendary for his dogged persistence in covering news in war and in peace. "You don't want to be obnoxious and you don't want to stalk people, but I think persistence pays off," he said in an interview in 2000.
So when he was assigned to write a story for the 20th anniversary of the 1970 shootings of four students by National Guardsmen at and could find no phone number for the mother of one of the victims, Esper drove an hour through a snowstorm to knock on her door.
"She just kind of waved me off, and she said, 'We're not giving any interviews.' Just like that," Esper recalled. "I didn't really push her. On the other hand, I didn't turn around and leave. I just kind of stood there, wet with snow, dripping wet and cold, and I think she kind of took pity on me."
During his time in , he covered a long-running public dispute between Jacqueline Kennedy and author William Manchester, whom she had hired to write "The Death of a President," an authorized account of the assassination of President John F. Kennedy.
tried hard to avoid the press but complained about "that AP reporter" who seemed able to track him down no matter where he was.
After retiring from the AP, Esper joined WVU at the request of his friend Christine Martin, then dean of the journalism school and now vice president of university relations.
Esper was her mentor when she began reporting at the Herald Standard in Esper worked at that paper for many years before joining the AP. When Esper was in town, he would take the young reporters out to dinner, she said, where he would tell each of them how good they were at their jobs.
"We believed it because it came from George," Martin said. "We had this affirmation that we were valuable and good. That was George's gift. He made you believe you were the heart and soul of something. I don't know anyone who could do that."
Terry Wimmer, a former Charleston Gazette reporter and editor, worked with Esper at WVU's journalism school for five years. With Esper's death, Wimmer sees "the passing of an old form of journalism -- the kind of journalism where you wore dresses and ties."
Esper exemplified the type of reporter who asked the hard questions without fear of the consequences, Wimmer said Friday.
"It's also seeing journalism as a duty, and today's generation sees it as a job, and there's a huge difference," Wimmer said. "And I think 'duty' is the perfect word for this. That's what took him into [journalism]."
Wimmer, a Pulitzer Prize winner who now teaches journalism at the , recalled first meeting Esper through former Gazette publisher W.E. "Ned" Chilton III.
Esper and Chilton shared a common value -- holding the powerful accountable -- and both believed that "the big guys always thump the little guys and we've got to have their back," Wimmer said.
Martin said she was constantly amazed by Esper's outreach while at WVU. Countless students, not just journalism majors, cited him as an influence and frequented his office.
Esper also helped bring many distinguished journalists to lecture at WVU. Martin recalled receiving a phone call from Pulitzer Prize-winning reporter David Halberstam.
"I got a call and the man said, 'This is David Halberstam. I'm a friend of George Esper,'" she said. "For him, one of the most famous reporters of all time, to identify himself as a friend of George just shows you how respected George was."
Martin said George had a gift of making everyone feel comfortable around him, including those he was interviewing.
"He was persistent and patient," she said. "He never appeared overly aggressive to anyone."
McMillion said she would remember everything Esper taught about hard work and dedication to seeking the truth.
"I thought I was a hard worker until I saw what a hard worker he was," she said. "He was just an enabler for work and inspired everyone around him to work harder."
Martin said Esper would be remembered by the thousands of people he touched during his distinguished career.
"He was the absolute, consummate journalist. Nobody did it better or did the job with more dignity and more concern," she said. "He proved everyday that being a good reporter and a good person wasn't mutually exclusive."
By Travis Crum
Posted by Bao Mai at 3:03 PM