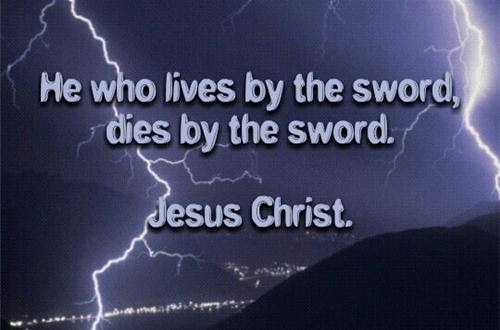 On the occasion of the recent attendance of the International Congress on Prisoners held in Costa Rica, a Latin America country, from April 26 to 28, 2017, several participants from free and democratic countries around the world came to participate, and none from three countries: North Korea, China and Vietnam; the absence of representatives from these three countries is understandable, and needless to explain. I was the only Vietnamese National present in the Congress, and when the Head of the Organizing Committee introduced the names of the countries attending the Congress, being concerned that people may misunderstand the country which I represented, he automatically introduced me as a US citizen and being one of the speakers of the US Panel Guest Speakers. Soon after, I thanked him for the accurate introduction of my citizenship in front of the attendees. 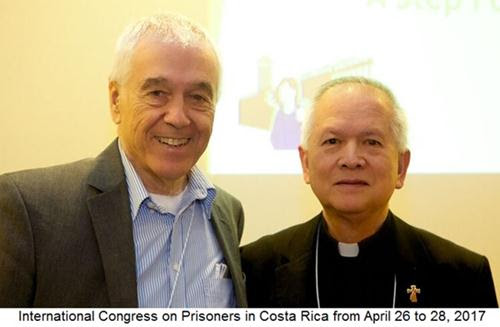 During the three days of the International Congress on Prisoners, the second day was dedicated to the attendees for visiting the woman prisoner camp. Our group of 40 people was divided into three teams, each team visiting one of the compounds of the woman prisoner camp. Before we came in direct contact with the inmates, a female employee, on behalf of the Prison Director, talked briefly about the main features of the woman prison camp, that there is no death penalty in Costa Rica,the longest serving time is 50 years and particularly the woman prison camp includes two types: one for those pregnant before the imprisonment and the other for those pregnant while in prison, each was given a separate room, and after giving birth, the mother is entitled to raise her child right in the same room until the baby is reaching 3 years old.  After that, if his or her father or a family member does not take the child home for raising him/her, the government would put him/her in an orphanage. 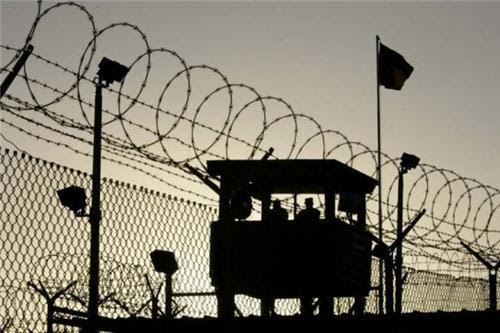 While our group was directly meeting with about 20 prisoners, incidentally, among these female prisoners, a woman over 30 years old, suddenly ran to me and wanted to talk to me for seeking my advice before she will be released from prison within three years according to the Costa Rican government's leniency parole process that she will be granted. She confided in me that she was a Catholic and that she was a lawyer in this country. She practiced law for more than a year. Three years ago, she was sentenced to 18 years in prison for falsifying a will in which a father intended to give his properties to his children, and one of them is her client. The client promised to give her 40% the value of the fortune. The story happened as follows:

She loved a boy, her high school sweetheart, he was a poor child, his mother is a single woman; he had to drop out of school before finishing high school to work as a bricklayer to take care of his young and beautiful mother, who was bed ridden because of her hemiplegia. While she, the female prisoner - a former lawyer, continued to finish high school, and soon after graduation she enrolled in Law school, then she earned a Jurist Doctor degree. She opened her private law practice. As a young lawyer who had just graduated from Law school, lacking experience in the profession, she had very few clients asking her to defend them in the Court; but she still hoped that in a near future, she might win a big lawsuit in Court, and she would make a lot of money, so she could have a great wedding party inviting relatives, friends, colleagues to enjoy of the day when she marry with the poor bricklayer, the most beloved husband, with whom she would swear faithfully for their whole life even in sickness or in poverty, and both of them would have a honey moon in Europe and USA. Then her wish was almost coming true, as she has been longing for, suddenly one day, a son of a millionaire came to her office asking her to write a will. He told her that his father passed away last night and he left no will to divide his assets and cash to the only two surviving sons: his eldest brother and him, the youngest son, who is 10-year younger than his brother who have been married for a long time, and he asked her to write a will stating that all of the assets and cash would be given to him. 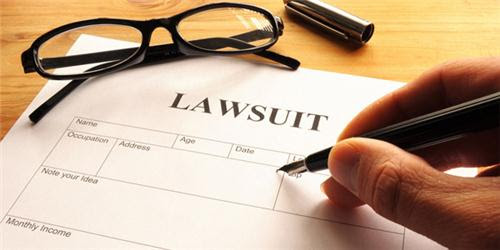 As soon as she thought out of her plan as mentioned above, she accepted to write a fraud will, that meant she was forging his father's signature; she was concerned that his father might have made a will and hid it somewhere in the house and nobody could find it, or he would have given the will to somebody to keep it, and the family members did not know. In avoiding such circumstance and to protect herself and her client from being prosecuted under the criminal law for collusion between her and the client for making a false will, along with the two false witnesses who signed on the will, she put down in large letters “The Last Will” on the front page of the will. But God knew, the prosecutor charged her in Court that she had master minded the falsification of the will with concrete evidence, and the confession of the client himself in front of the Court that she had made false will for the litigant so he would be entitled to all the inheritance of his father. The litigant also presented to the Court a signed agreement between the litigant and her clearly specifying that the sum of the total value of existing assets, investments in special government and private funds, and all money deposited in the bank accounts of his father, and the huge sum of cash and properties as listed above would go to only one person who is the litigant. The agreement also stated that, after deducting the costs of executing the testament, all the remaining resources from real estate to cash must be divided by a ratio of 6/4, 60 percent for litigant and 40 percent for his attorney. She, the female attorney, told me that after paying income tax on the 40%that she would earn, she would still get a large sum of money estimated to be equivalent to $4 million.  She also said that with the amount of cash she would be able to pay for a magnificent wedding party as planned, they could go on honeymoon to several countries, and still can afford to buy a spacious and comfortable house without borrowing any money from a bank.

However, her dream did not come true, as I presented at the beginning of this story she was sentenced to 18 years in prison for forgery of probate papers of a will. However, she was still fortunate, after three years in prison with good behavior, the Case Reviewing Board reviewed her case and granted her a probationary status at home after she completing six years in prison.  As we leaving the prison for the hotel, before I said good-bye to her, she asked me to give her an advice; and I told her that: Even though she was a criminal offender and lost her law practice; but once she getting out of jail, with the sound experience of a practicing lawyer, she could easily find a research job in a law firm, where she would dedicate her time in review and research of case law and prepare the pleadings for eloquent trial lawyers who represent the firm in defending clients of the firm in the Court.  These lawyers do not have time to look up and review legal documents and to write their own statements, they need an assistant attorney to do the work. 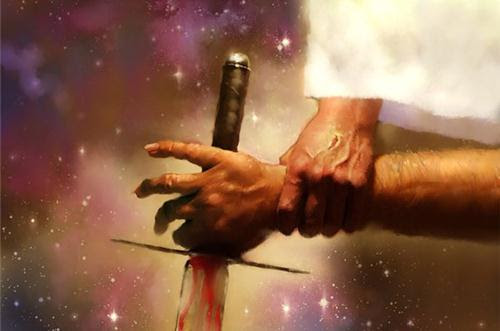 Considering her strong faith in God's Words, I recommended her not to wait until she can earn so much money, as she had always hoped for, in order to hold a big wedding with the young man whom she loved wholeheartedly, and to go on a honeymoon in some foreign countries, including the United States; it is absolutely unnecessary; the important matter is the couple must keep their vows to love each other forever. The simpler the marriage, the more meaningful it is, and when she is out of the prison, they should get married as soon as possible, through legal procedures of getting a marriage license and through the sacramental marriage with the vows taken in a Catholic Church. Those are the two most important recommendations that she has to memorize and I prayed the Almighty God to bless her.

In short, the fact that this lawyer has been indefinitely disbarred, is no stranger to me; since over 32 years of experience in charge of the US. Attorney Admissions in Oklahoma, and to comply with the order, I directly handled legal and administrative procedures for withdrawing the licenses to practice law of the lawyers, who violated the rules and regulations of practicing laws, for long or short suspensions, or indefinite disbarment. Therefore, the story of this female prisoner could be comparable to our forefathers' saying:“to live by the sword and die by the sword”, she was born then became a lawyer, but the law profession has failed her badly. On the other hand, there was a true story occurring in the United States and recently revealed in the press; however, the content of the story is completely in contrary to the content of the story above.  Rather than dying by the “sword”, it actually helped him succeeding in life. 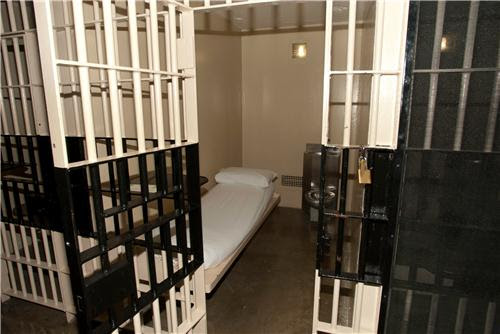 A young male prisoner, 23 years old, a drug addicted, he and his partner, who is older than him, made a force entry into a bank, using guns to intimidate the employees working there, they robbed a large sum of money, but when stepping out of the bank for escaping they were immediately surrounded and arrested by police, and they were sentenced to prison for several years. For the young detainee, during his years in prison, he spent time in the prison's library to study Law.

Immediately after being released from the prison he went back to school and earned his Bachelor's degree. Then he continued on for another three years to get his doctorate in Law and became a Law professor at a famous university in the United States.  This story exemplified a Vietnamese proverb: “With time and effort one can transform an iron bar into a needle”; the meaning is equivalent to an U.S. proverb: “Where there’s a will, there’s a way”.  This story is contrary to the case of a female lawyer in Costa Rica mentioned above: a lawyer became a prisoner, and in this case, a prisoner became a lawyer and a law school professor. 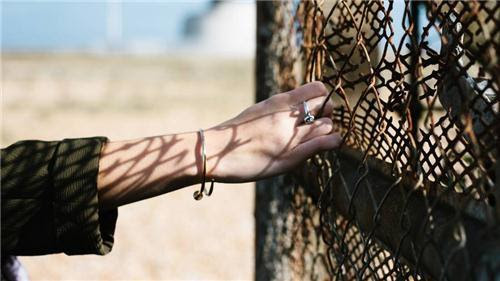