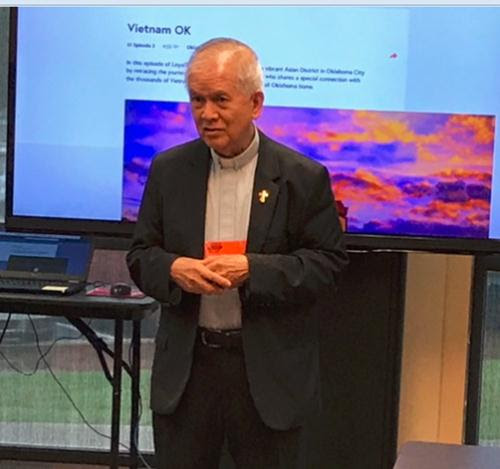 Oklahoma State University (OSU) conducted an annual Post Education Program named the Osher Lifelong Learning Institute (OLLI), which offered courses related to different topics in social studies.  The Institute invited instructors with special expertise and years of experiences in the fields to teach these courses. All OSU alumni undergraduate or graduated from university, aged 50 and over can enroll in this program. As the OSU Executive Board of the Post Education Program knows that I had served for more than 32 years in the US Judicial Branch at the US Western District Court of Oklahoma, while as a Public Certified Federal Prison Chaplain, I also served for more than 21 years all inmates in Federal and State prisons across Oklahoma regardless of their race or creed on weekends. Besides those duties, I had been the Coordinator of the Southeast Asia Refugees Resettlement Program of the United States Catholic Conference (USCC) in Oklahoma City for 5 years, from June 1975 to June 1980. Based on the above experiences the OSU Executive Board invited me to teach the following two sessions in two different subjects:

For over 21 years, serving as an unpaid volunteer Prison Chaplain on weekends, I visited and preached the Gospel to male and female prisoners in State and Federal prisons; I was allowed to have personal contacts with inmates in private rooms reserved for chaplains, and they had confided to me the sensitive and complicated reasons why they were incarcerated; those reasons that the public would never heard of. To make it short, I will briefly present to you a few key elements regarding prisoners, which are valuable to the readers, that I taught in 2 sessions in OSU Post-Education Program. 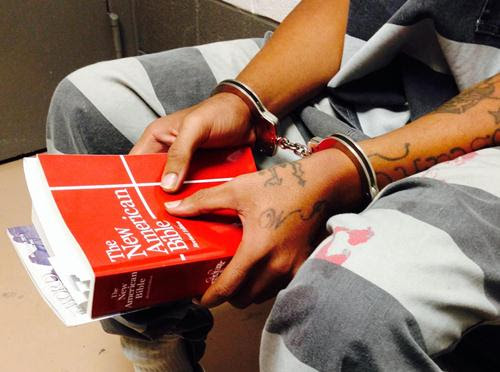 Comparing American prisoners and Vietnamese prisoners, there are differences in psychological and behavioral factors of prisoners’ family members such as parents, spouses, and children. The way that American relatives treat prisoners differently from that of Vietnamese relatives.

Each side has reasonable reasons to defend their legitimate attitudes and actions towards relatives in prison. For example, Vietnamese people in particular, if their children or siblings are imprisoned for any serious or minor crime or being involved in a crime, the parents and other relatives will love their children or siblings the most during this time. They will find every way to apply for permit(s) for frequent visitation of the inmates; and if the families do not have enough money to bail them out while waiting for the hearing dates, they would borrow money to pay the bond for bailing them out and hire a lawyer to defend them in the trial. In contrast, most of the US prisoners' relatives do not act like those of Vietnamese relatives. They are less likely to pay frequent visitations to relatives in prisons like the Vietnamese do. The reasons are being that if they act the Vietnamese way it would make prisoners depending on the help of their relatives, they will not repent of their sins committed, and after being released from prison, they may get back on to the old path; they would think that once committing crimes, and serving time in prison, their relatives will support them again. It sounds like a good reason, but in reality, not all cases are so true. As I mentioned in the paragraph above; in order to save your valuable time, I dare not recount what I have explained in the sessions. The reasons may sound psychologically and logically acceptable, the Americans whose relatives were in prison sincerely told me about it. 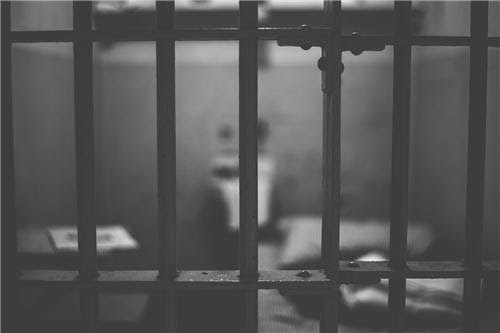 Besides, the Jailers told me that they prefer to deal with Asians in general or Vietnamese prisoners in particular rather than with American prisoners; as Asian prisoners are mostly gentle, non-violent, and obedient to the orders/requests of the jailers compared to American prisoners. This is not surprising to me. Over 21 years of continuous contact with the inmates in state and federal prisons, especially with Asian prisoners in general, I noticed that Vietnamese prisoners in particular, how fierce they were outside, but once in prisons they were very gentle, as they wanted to be highly rated regarding their conduct by jailers, in hope that they would receive a pardon to get out of prison in the future. On the contrary, the American prisoners were very aggressive in the society, when being incarcerated they became much fiercer, because they could not act freely as they did in society outside. They were just like tigers being locked in cages without freedom of movement, so American prisoners do not care much about their conduct; however, if they have good behaviors, they will be considered for early release from prisons as expected by Vietnamese prisoners.

The Second Subject on the Southeast Asia Refugee Resettlement Program: 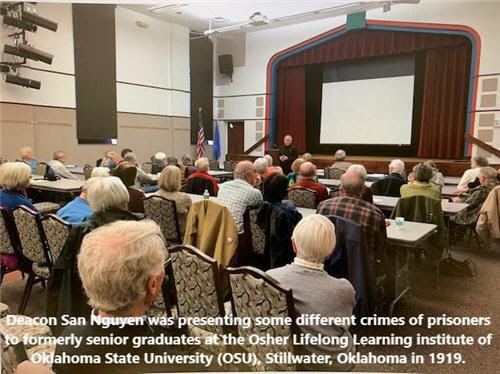 For five consecutive years from June 1975 to June 1980, I had been employed by the United States Catholic Conference (USCC) as a Program Officer for the Refugee Settlement for Southeast Asia Refugee Resettlement Program. Initially I had difficulties finding sponsors for refugees living in refugee camps in the United States and overseas refugee camps such as those in the Philippines, Thailand, Indonesia, Hong Kong, and Malaysia. The fact was: If these refugees did not have sponsors to take them out of the camps, they would have to stay in the camps indefinitely. It was fortunate that the refugees who were first out of the camp have built up lots of good impression among their sponsors. Thanks to that prestige, the local American communities in Oklahoma City recognized that Vietnamese refugees were kind, laborious, willing to accept any types of work without complaining. Thus, after five years and a few months during my tenure at the USCC, our office set up administrative procedures to take more than 7,000 families out of refugee camps and resettle them in Oklahoma City and its vicinities. During that time period, most of the sponsors, about 99%, were Americans, either American associations, churches, or American individuals.  Later on, there were more resettlement programs: The Orderly Departure Program (ODP), as well as the HO (Human Operation); the latter allowing former Vietnamese political prisoners to resettle in the US. Under these programs, most of the sponsors were Vietnamese Americans, who had stable jobs and were fairly well established in the US; they were either relatives or friends of the immigrants. One striking point is that most Americans expressed their admiration for the boundless sacrifices made by the Vietnamese parents, who worked day and night, sacrificing time and money to care for and encourage their children to successfully graduate from schools and colleges, and to achieve higher education in professional fields such as medicine, pharmacy, engineering, law etc.…. 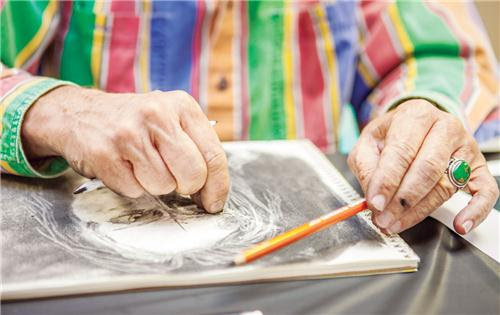 In short, each country has its unique culture, implying good meaning both mentally and physically, reflecting through the traditional customs for generations to come. Accordingly, people in one country should learn about and respect the unique culture of another country. For instance, in Vietnam it is never seen a man holding a bottle to feed his baby in public or opening a car door for his wife to get into or get out of a car, but such actions are normal in the United States. It is considered a normal occurrence, a symbol of the father's love for the child and the husband's gesture towards the wife. But if those happen in Vietnam, it will be considered by public as bizarre, unusual gestures that do not represent bold acts of bravery of a Vietnamese man. Therefore, the culture of good meaning in one country may be seen as abnormal in another country's culture or vice versa; a cultural trait considered as insignificant or bad in a country would be considered as good to another country.  Thus, in order to objectively judge the appearance or meaning of a cultural trait of a country, one should not keep a subjective prejudice in his/her mind, one should not consider the culture of his/her country is better and more beautiful than the cultures of other countries in the world.

To conclude this presentation, I would like to include herewith a comment by Mr. Merle Pulver, a student participated in this session:

“It was my honor to be present in San’s lecture at Stillwater, OK.  He took the Questioning and Answer portion with skill and ease.   His years of servicing those in need has been a unique ministry very few are blessed with.  We see how few people through the Old Testament were touched and blessed so as to bless others….  San is such a modern-day blessing.

I am proud to know San.” 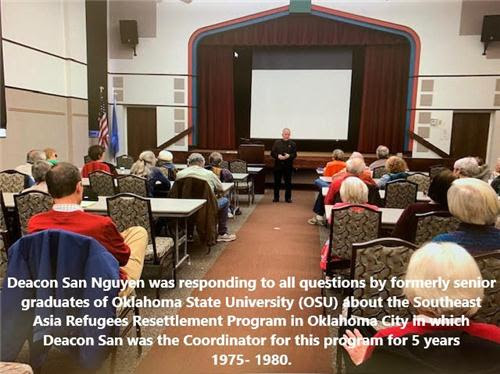 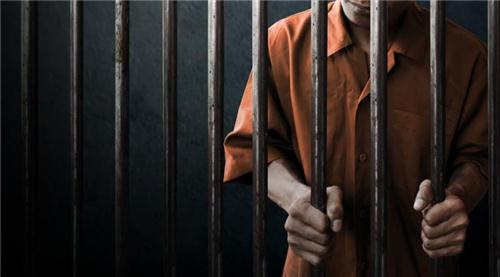