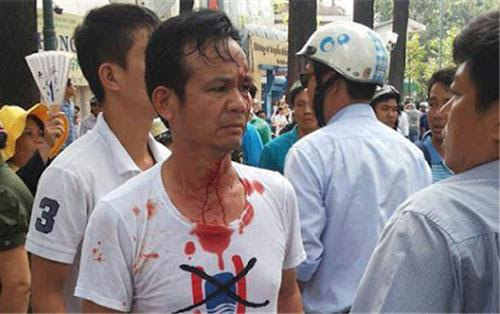 Responding to the call from 21 civil society organizations in Vietnam, the protests against Xi Jinping will take place at 9 a.m. today, November 05, 2015, at area of the embassy and consulate of China in Hanoi and Saigon respectively.

These demonstrations absolutely express the will of the people of Vietnam, saying no to the traditional northern invader.

As expected, Xi will officially arrive at Noi Bai airport at 12 p.m. the same day.

Unlike the response to two previous demonstrations in Hanoi and Saigon, brutal suppression on the morning of November 5, 2015 show signs that the communist authorities are doing their best to please their master in Beijing. 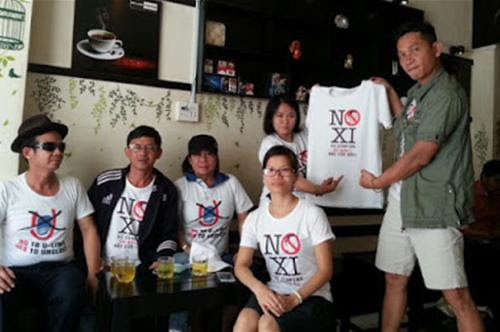 Despite police blockage, some activists could reach near Chinese consulate in Saigon.
In Saigon, since last night, barbed wire and barricades have been brought in for preparing blockage at the intersections around the Chinese Consulate.

Police, secret service agents and regime-hired security guards have been reinforced in the morning of November 05, 2015.

Two groups of land grab victims from Ben Tre and Binh Thuan were suppressed by police while heading to the Chinese consulate. Thirteen of them were arrested near Saigon Zoo and taken away.

In Hanoi, it rains in the morning; regime-hired security guards, police and plainclothes security scatter around the streets leading to the Chinese Embassy.

Barricades with “No Standing” signs are erected at Lenin Park, opposite from the Chinese Embassy.

Blogger Nguyen Tien Nam was stopped at the corner of Le Duan Street for "checking motorbike registration” and detained.

Blogger Le Anh Hung was arrested while standing in front of the Chinese embassy, waiting to “greet” Xi and his puppet host.

The first group of protesters, those who could reach the well protected buffer zone at Chinese consulate in Saigon. Photo: Facebook Nguyen Quoc An.

Saigon: At 9:30 a.m. the protest against Xi Jinping has started. After reaching the barricades protecting the Chinese consulate, protesters peacefully march around the Turtle Lake area. 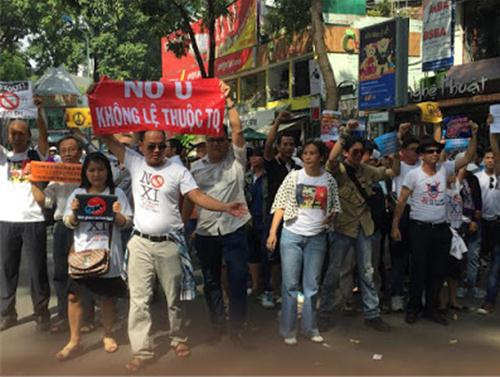 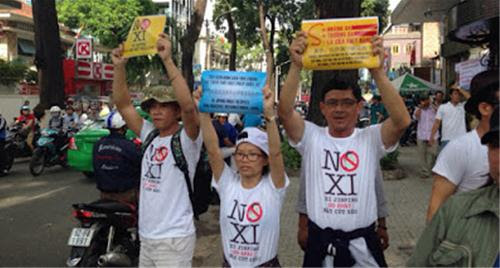 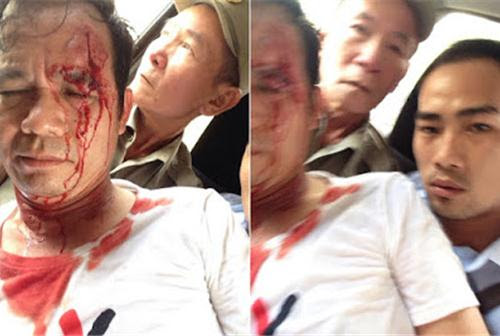 Tran Bang, a protester, was beaten badly by police and suffers head injury.
At 10:10 a.m. about 40 people stage the protest at the Chinese embassy in Hanoi. Police and security force immediately carry out a crackdown.

Bloggers La Viet Dung, JB Nguyen Huu Vinh, Vu Hung and more than 10 other protesters are arrested and taken to an unknown location. 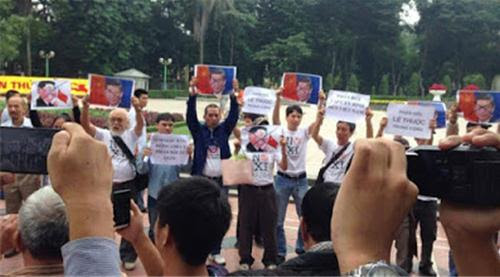 Protest against Xi Jinping in Hanoi, an immediate suppression follows.
At 10:30 a.m. in Saigon, about 10 protesters are taken to police station of Ward 6, District 3 at 18 Vo Van Tan Street. All of them have been mercilessly beaten during the arrest.

- Dinh Nhat Uy and some other protesters are detained at police station of Ward 3, District 3.

Meanwhile, patriotic protesters are brutally beaten, arrested and detained by the communist regime. 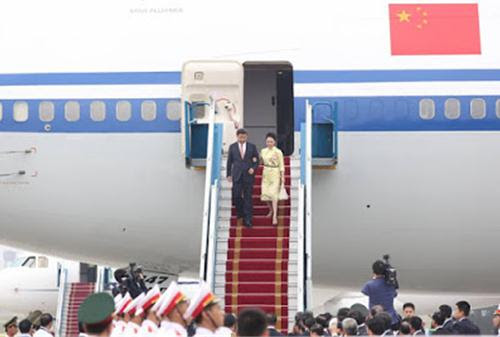 Among those being held there are well known activists and bloggers such as writer Nguyen Tuong Thuy and his wife, Mai Phuong Thao, La Viet Dung, Bach Hong Quyen, JB Nguyen Huu Vinh and Vu Hung.

According to the Rev. Le Ngoc Thanh, Tran Bang was rushed to an emergency room in Saigon. He is receiving treatment at the Hospital 115, 527 Su Van Hanh Street, District 10. 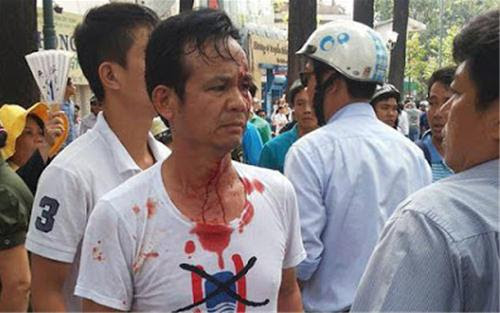 Earlier, Bang was brutally attacked while marching peacefully at Turtle Lake area. He is a former military officer of the Vietnamese People’s Army, and a veteran of the Vietnam-China war in 1979. 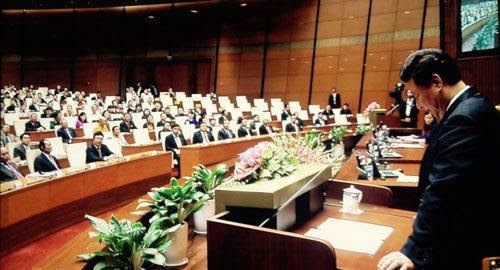