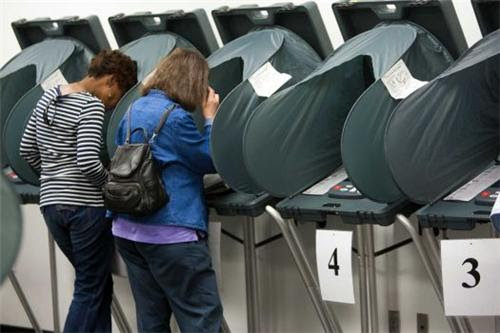 Voters cast ballots at the Harris County Courthouse in on Nov. 1, 2013.

Another of the rare competitive races pits longtime state Rep. Hubert Vo against Republican Al Hoang, 38, in a battle between two Vietnamese immigrants who share a culture but not political philosophies. 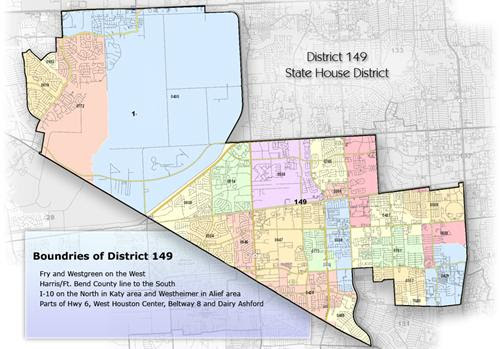 Vo, 58, is a moderate Democrat who concentrates on bread-and-butter issues while Hoang, a former city councilman, tends to echo conservative bromides. Hoang says he reflects the true values of the Vietnamese community, which makes up about 20 percent of the district that stretches from Alief to the Energy Corridor on Interstate 10. 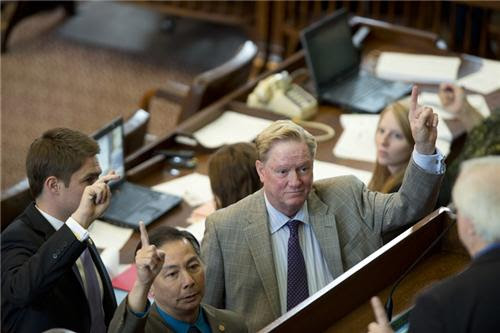 The low-key Vo has a list of modest accomplishments, including creation of the International Management District and sponsoring legislation that helped bring private space company SpaceX to . 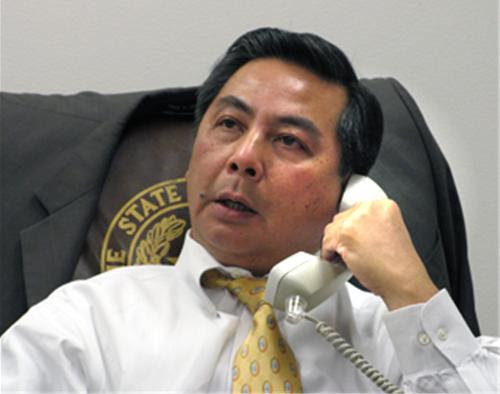 He is a strong supporter of public education and wants the state to accept the Medicaid expansion offered under the Affordable Care Act.

Buried in Hoang's rhetoric about abortion, the death penalty and other red meat issues are a few good ideas. But the Legislature has enough members who think pushing hot political buttons is good policy, so we endorse Hubert Vo for a sixth term. 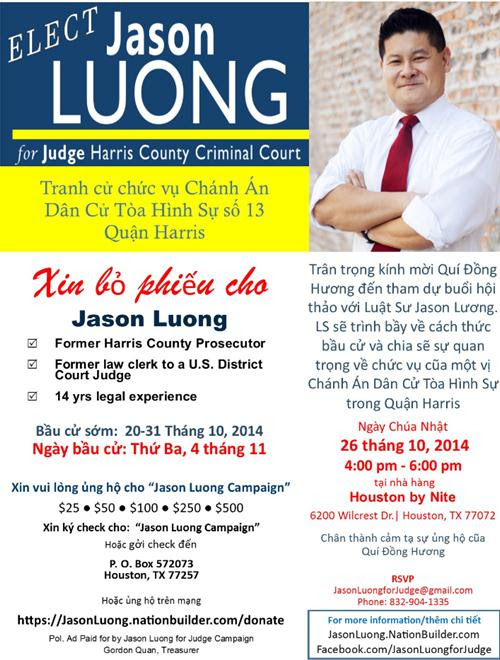 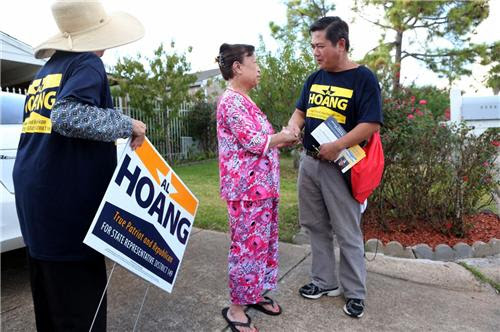 Gilbert Pena has meandered down the sun-scorched streets of for three hours with his straw hat, campaign literature and roster of doors awaiting a knock.
"Mi nombre es Gilberto Pena," the candidate for state representative says as the door creaks open. Then, halfway through his pitch, he forces himself to pause. "Soy un Republicano."
His mere hope after that admission is that the door remains open. It usually does.
Pena is fighting on a shoestring budget to defeat Mary Ann Perez, a freshman Latina Democrat who represents the majority-Hispanic House District 144 in east . Texas Republicans believe Pena to be one of their best chances to flip a Democratic seat this cycle, his fortunes bolstered by his last name and background: He may be a Republican, but he is a Hispanic Republican.
On the other side of the county in 's Vietnamese community, Republican Al Hoang is banking on the same dynamic in his race against another Vietnamese candidate for the District 149 seat.
In these two contests, both the Republican underdogs and Democratic incumbents share the same ethnicity as many of their voters, offering the GOP a chance to compete for voters the Democratic candidates considered their bases. And the Republicans are speaking conservative social messages in voters' native tongues to neutralize Democrats' demographic advantages and prove that they can more authentically advocate for their neighbors in .

"He is Vietnamese, so they thought he had Vietnamese values," Hoang said of his opponent, Rep. Hubert Vo, to Vietnamese-American voters about abortion here in . "I know they like Republican values."
Vo, who disputes that characterization, is facing his first Vietnamese challenger since being elected in 2002. The district may be only about 20 percent Asian, but Hoang, a city councilman in this area before being ousted by many of those aggravated Vietnamese voters in 2013, sees them as his path to an upset. One side of his campaign literature that he gives to every voter stresses his patriotism - in Vietnamese. A push piece distributed by Hoang's campaign peddles unsubstantiated rumors to Vietnamese voters about his opponent's foreign policy leanings. And immigrants from get a signed copy of Hoang's book, "White Revolution," which offers the candidate's own Pacific platform.

Hoang acknowledges that a state representative has no authority over how aggressively the combats communism. Hien Do, an expert on Vietnamese politics at , said that does not matter.
"It's only been 40 years since we've been here," Do said of the community, which is about evenly split between Democrats and Republicans. "For a lot of people, that is still a very raw wound, and they do not want to see the communist regime do well."
That is a sympathy only a Vietnamese candidate like Hoang could express. The Republican Party had not specifically eyed a Vietnamese candidate to run against Vo, but the party has amped up its Asian-American outreach this cycle, hiring a staffer to focus solely on this demographic and building local Asian-American Republican groups. Hoang defeated another Vietnamese candidate in the May primary.
"We don't believe in racial politics," said Paul Simpson, chairman of the Harris County Republican Party. "This is just an example of the Republican Party showing we want to have a presence in every community."
While Hoang proudly proclaims himself as a dyed-in-the-wool Republican, Pena seems genuinely conflicted about whether to talk about his party on the stump: His literature features a broadside on Democrats' claim to represent the poor but also draws attention from the word "Republican" by including it in much smaller font.

Like Hoang, Pena is emphasizing social issues to woo his Hispanic community, traditionally more socially conservative than other Democratic constituencies. Pena pillories the Houston Equal Rights Ordinance pushed by Mayor Annise Parker over the past year.
"I have always believed that a state representative should be a strong and proud leader that will stand for the CHRISTIAN and MORAL values of the people in the district," his literature reads.
Pena speaks Spanish to most voters he interacts with during his grueling, five-hour daily walks through the district. It is an old-fashioned campaign: Pena said he rarely walks with any volunteers or spends time raising money - he had only $2,000 on hand as of the last campaign finance report, compared to Perez's $85,000.
In a year with Republicans favored at the top of the ticket, the right winds could sweep Pena into office against Perez, who has benefited from support from such third-party groups as Battleground and Annie's List.
Even as a Hispanic candidate in one of the more favorable terrains for a Republican challenger, Pena may at best eliminate the ethnic voting that could be seen if Perez faced an Anglo Republican. He still could suffer as Hispanic partisans break for the Democratic candidate - just as they do when neither candidate is Latino.

"They can make those ethnic appeals, but the Democrat in this case can make the exact same ethnic appeal," said Matt Baretto, who studies Hispanic public opinion at Latino Decisions. "The fact that you're both Latino or both Vietnamese neutralizes that issue."
Regardless, Texas Republicans say they see this as a long-term project."
Melissa Fwu is the state party's new head of outreach for the Asian-American community.
"We're trying to get minority voters to get more involved in our party," she said. "We're hoping this is a trend." 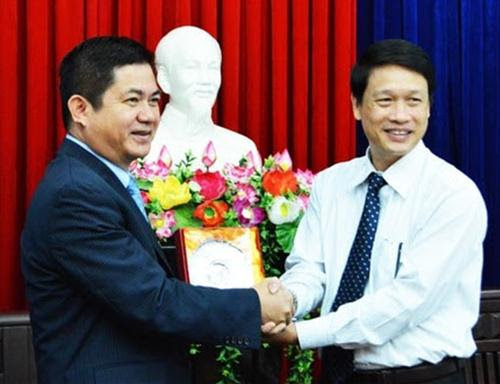 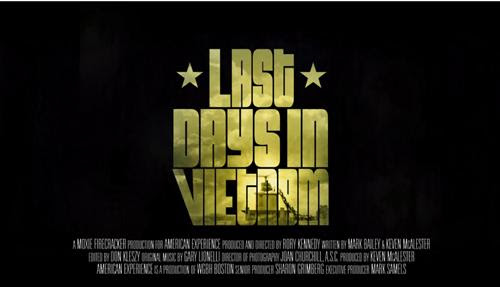 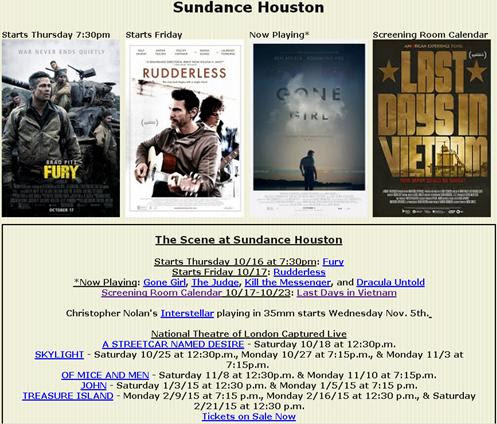 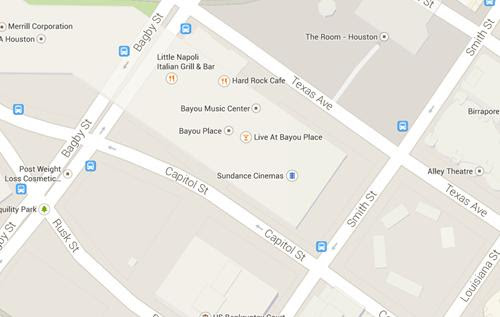