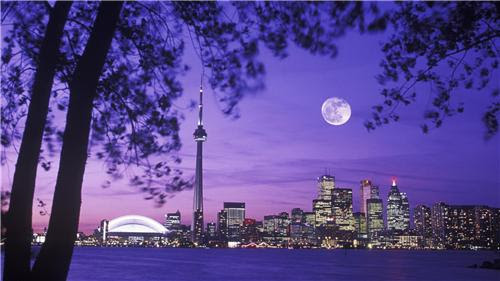 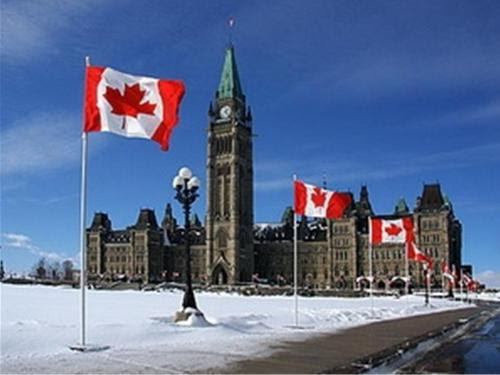 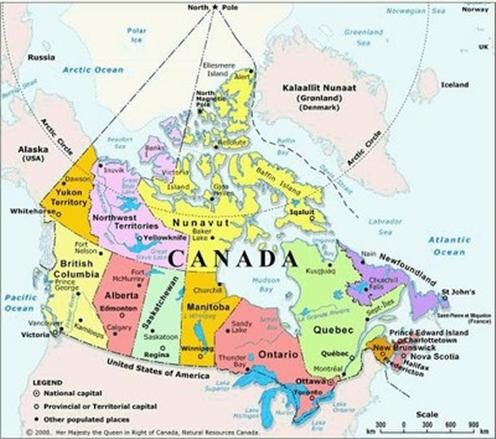 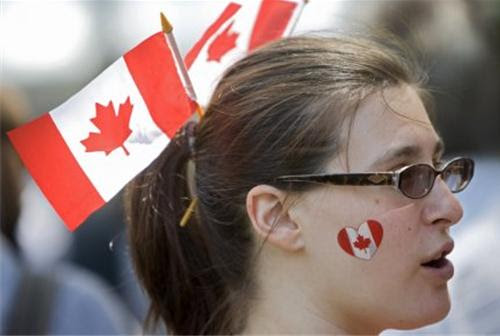 Study confirms link between country reputations and economic outcomes. Three-peat for . The “Obama effect” positively impacts the ’s reputation. ’s euro-crisis countries rebound. Contrasting results for BRIC countries.
New York/Copenhagen, June 27th, 2013 – is the country with the world’s best reputation according to Reputation Institute’s 2013 Country RepTrak™ Study.
The win marks the third year in a row that the North American nation has been ranked first in the 2013 Country RepTrak™ Study, which surveys more than 27,000 people from the G8 countries.
“’s results confirm that it is only possible to maintain a strong reputation in the long-term when a country has the ability to transmit its leadership globally in each of the three key criteria: an effective government, an advanced economy, and an appealing environment,” says Fernando Prado, Managing Partner of Reputation Institute, and .“A country’s reputation is its personal calling card,” says Michele McKenzie, Canadian Tourism Commission (CTC)
President and CEO. “We’re not just inviting the world to visit us; we’re capitalizing on our positive reputation to open new doors and create new opportunities for , such as the impact of the business events travel sector on our
economy.”
The 2013 Country RepTrak™ Study results confirm the link between country reputations and economic outcomes.
The Country RepTrak™ Study measures the reputation of 50 countries based on levels of trust, esteem, admirationand respect, as well as perceptions regarding 16 attributes that include it being viewed as: a safe place to visit, a beautiful country, having friendly and welcoming residents, having progressive social and economic policies, being run
by an effective government, and more. Fieldwork took place between January and March 2013.
Along with , which received a score of 76.6 on a 100-point scale, the top five countries include: (76.5, up from third place in 2012), (76.3, also up one notch from last year’s fourth place ranking), (76.1, down from second place), and (74.1 points). At the opposite pole are (36.7), (34.0),
(28.8), (22.6), and (21.2).
This study confirms the progressive ascent of reputation among emerging countries. Singapore, Taiwan, Peru, Brazil, South Korea, Poland and the Ukraine together have an average growth from 2009-2013 of 5.3 points, while that of the Top Five countries in this same timeframe has been just 3.5 points. “We are witnessing the redistribution of
reputation between industrialized and emerging markets, similar to what is occurring in the field of corporate brands, as was recently analyzed by academics Nirmalya Kumar and Jean-Benedict Steenkamp in their book Brand Breakout”, says Nicolas Trad. “The success of corporate brands in emerging countries is inarguably helping to improve the
reputation of their respective countries and the positioning of country brands.”
The results illustrate the traits that respondents most value when assessing nations, including political stability, having high standards of living, and the absence of major income inequalities, which are all common characteristics of the topfive aforementioned countries.
Economic power, however, does not appear to be the most important factor in evaluating reputation, as none of the three largest economies appear in the top 10. The ranked 22nd, placed 44th, while fared the best at
14th.“Although it is important, economic wealth is not a decisive factor in building a good reputation,” says Nicolas Georges Trad.
He continues, “To achieve a strong reputation it is crucial to manage the reality and the perception of a varied group of attributes, which refer not only to economic factors, but also to political, social, and cultural aspects. A balance of these variables is what gives personality to a country as well as the competitiveness to attract tourists, talent, and
investments at more favorable conditions than other countries with lesser reputations.”

2. Key reputation drivers for influencing stakeholder behavior
A fiscally strong economy is essential for attracting foreign investment and human talent, while a population that has friendly and welcoming citizens is more likely to influence people’s decision to visit that country, study there, and buy its products and services. “The RepTrak® Model identifies the key drivers that most effectively influence the behaviors of stakeholders, which allows the management of a country’s reputation to better assign resources at its disposal and realizing a better return on investment,” says Fernando Prado, Managing Partner of Reputation Institute & .

3. BRICS: contrasting results
Of the five BRIC countries, only saw an improvement in its reputation. This can be attributed to the international prestige of the former country’s president, Lula da Silva, as well as the efforts made by the country to organize and host the two largest global sporting events, the World Cup in 2014, and the Olympic Games in 2016. ’s economic growth and consumption potential also contributed to its strong reputation. Surprisingly, and lost the most in reputation percentage-wise from last year (-5% and -2.5%, respectively). ’s reputation score also dropped, although its decline was modest (1.7%). Lastly, maintained its same score from 2012.

4. The ‘Obama effect’ continues
The ’s country ranking continues to improve under the Obama administration, moving up to 22nd place in 2013 with a 3.6-point increase (57.4 this year compared to 53.9 in 2012). The improvement of the ’s reputation in recent years has been driven primarily by the variables such as "Offers a friendly environment for doing business"
(+8% vs. 2012) and "Is run by an effective government" (+6% vs. 2012).

5. : On the rise
With the exception of Argentina, which experienced a slight reputation drop due to negative media coverage in 2012 (expropriation of YPF, renegotiation of the national debt, cases of corruption, etc.), the remaining Latin American countries measured improved their reputation scores. “ is making concerted efforts to overcome the large economic differences in the region and to reduce indicators of poverty and illiteracy. They are also managing to communicate this new reality to their stakeholders, as our study confirms year after year,” says Fernando Prado, Managing Partner of Reputation Institute, and .

6. and recover while falls slightly
While and saw the biggest drops in reputation last year, that trend reversed in 2013. Percentage-wise, is the country that improved the most with an 8.5 percent increase while achieved the third highest reputation improvement with a (7. 7 percent improvement). These results may be attributed to the reduced negative
media coverage on both countries, particularly during the second half of 2012. As for , which in 2012 was able to maintain its 2011 score and 16th place ranking, the country fell two spots in 2013 and is now ranked below debt-laden . Within the ‘‘periphery’ European countries (the three mentioned above as well as and ), is the only nation with a lower score this year compared to last.
Visit our website to download the full results and report.
About Reputation Institute
Reputation Institute is the world’s leading reputation-based advisory firm, founded by Dr. Charles Fombrun and Dr. Cees van Riel in 1997. We enable many of the world’s leading companies to make more confident business decisions that build and protect
reputation capital and drive competitive advantage. Our most prominent management tool is the RepTrak® model for analyzing the reputations of companies and institutions – best known via the Forbes-published Global RepTrak® 100, the world’s largest study of corporate reputations. Businesses and executives regularly discover best practices in reputation management by affiliating with our and participating in its learning programs and networking events. Reputation Institute has offices and associates in 30 countries around the world. For more information, visit: www.reputationinstitute.com 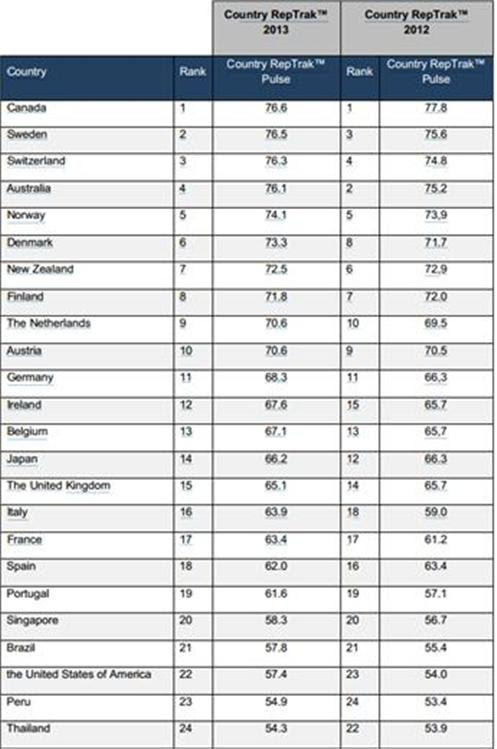 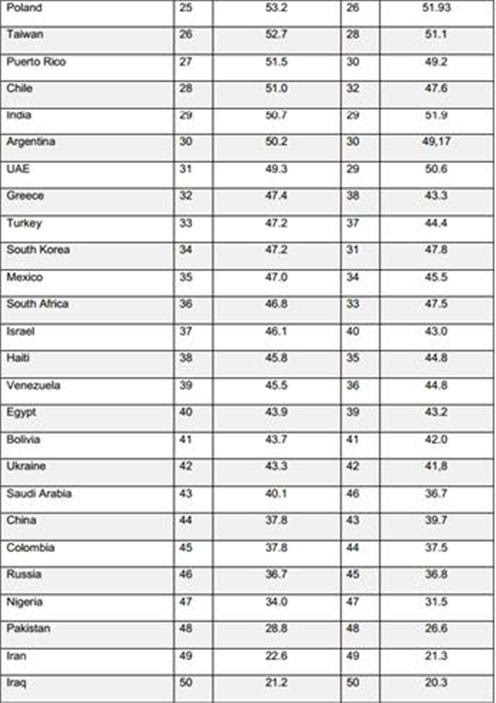